Blockchain Technology In India 2021- Application, Advantage & Disadvantages to the Society.

Following are the topics covered.

Blockchain technology is a specific type of database, where data are stored in blocks, that are then chained together, for easy access for any member of the network.

When new data comes into the network, it creates a fresh block and when the block is filled, it is chained onto the previous block, and entire data blocks chained together in chronological order in the network. Currently, Blockchain technology in India is most commonly used for storing the ledger of transactions in the decentralized way of cryptocurrency like Bitcoin.

Data entered into the Blockchain are irreversible, hence it is immutable, I.e transactions are permanently recorded and viewable to anyone from anywhere, hence it is much more secure than a normal bank transaction in India.

Basically, blockchain is a type of database (Electronically stored collection of information) to store a large amount of data. The key difference between a blockchain and a normal database is the way the data is structured.

A normal database is designed to store larger amounts of information in a structured way in table format which can be filtered and accessed quickly and easily by any number of users at once. Large databases built using hundreds or thousands of computers having high computational and storage capacity to handle the data and it is owned by a business or by an individual with complete control over the data and its operations.

In Blockchain technology, the structure of the database is designed in such a way that, a set of information stored together in groups, called blocks. Once each block is filled with data, these blocks chained onto the previously filled block, forming a chain of data blocks, hence it is named “BlockChain.” Each data block in the chain has an exact timestamp of when each block is added to the chain and all the blocks are linked in chronological order.

A new block needs to get the confirmation of the majority of blocks in the Chain, to add it to the blockchain, hence the data will be correct and it will be difficult for someone to manipulate individuality, without having the support of the majority (More than 50% ) in the chain. This cross-reference verification ensures that whatever changes occurred in the block, are in the best interests of the majority of the blocks.

Following are the steps involved in the transaction of the blockchain for the new data entry in blockchain technology in India.

Step 1: A new transaction or date is entered by an individual or a group into the network.

Step 2: Transaction then transferred to the peer-to-peer computers scattered across the network.

Step 3: These Peer-to-peer computers check the cross-reference validity of the newly entered data, by cross verifying with the majority of blocks in the network.

Step 4: Once the new data, validated as a legitimate transaction, they are clustered together to make a block.

Step 5: Then these blocks are, chained together with the timestamp in chronological order of the long history of all the transaction blocks which are validated.

Step 6: Transaction is completed and the data is permanent in the blockchain network.

Why Blockchain technology in India is Secure?

Blockchain technology is secure as it will not be possible to change the data in the block without having the consent of the majority of the blocks in the network once it added to the end of the blockchain.

To get the approval to add the altered block to the Blockchain technology in India, a hacker need to alter at least 51% of the total blocks to get the majority. This will be a difficult and impossible task as all other blocks may be in different geographical locations in different countries and controlled by different individuals.

Blockchain Technology provides security, transparency, and efficiency in the operations of the government and private sector in India. Blockchain technology has many practical applications in Governance, cybersecurity, healthcare, trading, automobiles, media, travel, logistics, energy management, smart cities, and so on.

In addition to above, there are many more practical applications which can be implemented in India through Blockchain technology and government is in the process of making it available to the citizen.

Relationship between Bitcoin and Blockchain

The goal of BlockChain is to record and distribute non-editable data among all the members.

In 1991 two researchers, Stuart Haber and W. Scott Stornetta implement Blockchain technology for the application of record the document which could not be tampered with timestamps.

Bitcoin uses blockchain technology as a means to record a ledger of payments transparently, as blockchain can immutably record any number of data points.

The Bitcoin protocol for the transactions is built on blockchain technology which makes it a new electronic cash system that’s fully peer-to-peer, with no trusted third party.

Advantages and Disadvantages of Blockchain technology in India.

Advantages of the Blockchain Technology in India.

Even though BlockChain is complex, it had many advantages like the decentralized nature of the database, which makes it possible to keep limitless data secure with lower processing fees. Also, Blockchain technology in India is Transparent technology and helps to improved accuracy by removing human involvement in the process of verification. Here we are listing a few of the advantages of Blockchain technology in India.

Data in Blockchain technology is spread across a network of computers in the chain. Whenever a new block is added, every computer on the network updates it to reflect the change and data can be accessed from any block in the chain. This helps any Indian, company, or Indian government agency can access the data from anywhere in the world.

If a hacker tries to manipulate the confidential government data in a block in the BlockChain, only a single copy of the information will be affected, rather than compromising the entire network. This data compromise can be easily identified by the Indian agencies and corrected by the other blocks as compromised data will not get the majority.

Accuracy of the block in the Chain.

Transactions and verification processes on the blockchain network are automatically executed by a network of thousands of computers without human involvement, hence each block holds accurate information. Even a computer in India makes a computational mistake, it will be identified and rectified by the remaining block in the chain and it is rectified, hence the data, which stored in the network are accurate.

As blockchain uses open-source software, anyone can view its code and all the transaction history. As there is no real authority to the code, anyone in the chain can upgrade it and If a majority approves the changes, the entire system can be updated and it is very transparent to everyone.

As in blockchain technology any user can add any number of blocks into the network after the cross verification by other blocks, users can store the limitless data into the network. In the normal database, data storage is limited by the maximum storage capacity of the dedicated server.

As in the Blockchain transaction, there is no third-party verification involved, payment for the processing of the translation is very minimal compared to the normal banking translations fees in India especially for the foreign payment transactions.

In blockchain technology in India, as the transaction is not executed by a central agency, transactions can be completed in as little as ten minutes of time. Particularly in banking cross-country transactions, as all parties need to confirm the payment process, it may take 1-2 business days of time, but blockchain takes a few hours maximum, and the transaction will be accurate.

Regardless of gender, geography, or cultural background, anyone can use a bitcoin wallet to store cash in electronically and can be accessed and verified even using a cell phone. Blockchains are good solutions for wealth storage for any individual who, even don’t have a bank account. Bitcoin or any other currency backed by blockchain technology in India can use to store the wealth digitally.

Disadvantages of Blockchain Technology in India.

Transaction through blockchain technology takes about ten minutes to add a new block. Considering this rate and the current volume of transactions, the blockchain network can handle only about seven transactions per second (TPS). In a country like India, this rate of transaction may not be sufficient to handle the entire operation.

Due to confidentiality in transactions through the blockchain networks, it can be used for illegal trading activities. As the verification of the identity of the customer is not happening during the transaction, it can be used by the terrorist organizations to fund the illegal activities using untraceable cash. This confidentiality may cause even affect the national financial system.

Even, the transaction fees are minimal for blockchain technology, but it consumes vast amounts of computational power. This computation needs a system with high-end processors and consumes electricity to validate transactions on the blockchain. This operational cost leads to a burden for an Individual as well as for the government.

As the transaction through the Blockchain technology in India can be used for illegal activities and the government can’t identify the source and control it. Many governments put restrictions and make it illegal to own cryptocurrencies like Bitcoin to protect the county from terror funding. Because of this, blockchain implementation and transaction among the countries is regulated and it will be a hindrance to achieve the application goal.

What is the future of blockchain technology in India is the question, everyone is looking for.

With the practical applications for blockchain technology which already implemented and explored, many operations and businesses become more efficient, secure, accurate, and cheap with fewer middlemen.

Governments and the Corporate in India are looking at all the options to maximize the utilization of Blockchain technology applications in the daily life of the entire citizens, for the betterment of the entire county.

There are also many blockchain technology companies in India that are coming up with Business plans for different supporting applications. 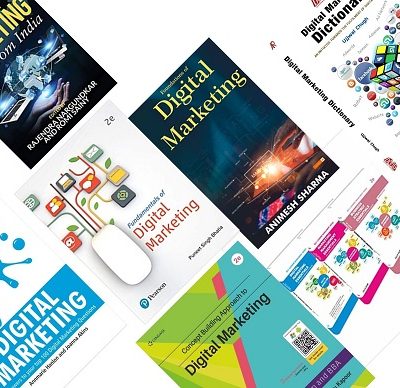 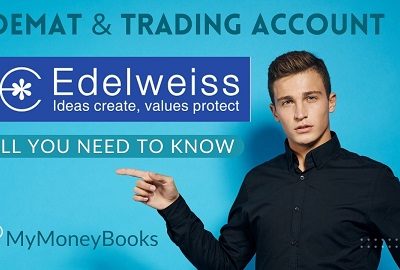 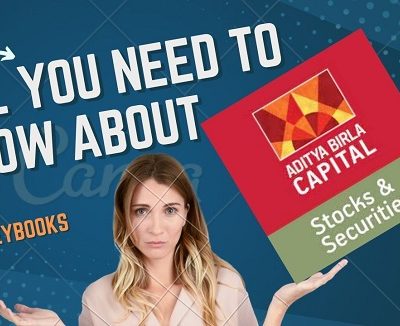 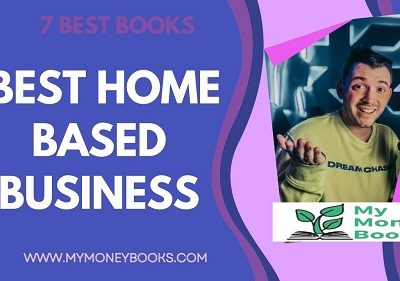 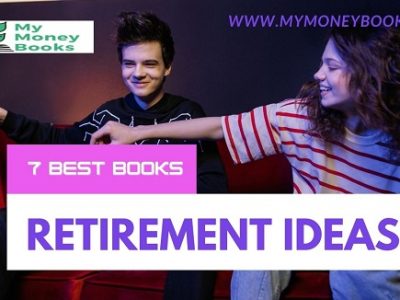 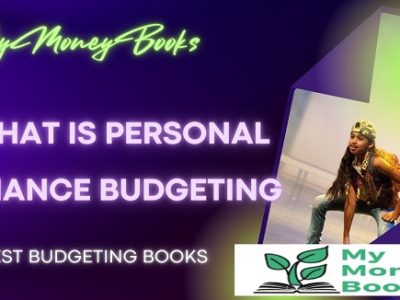 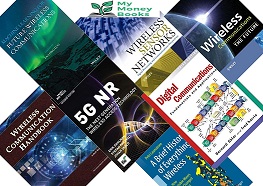 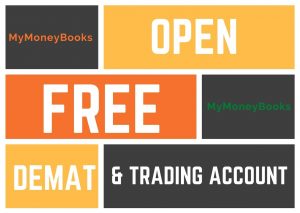 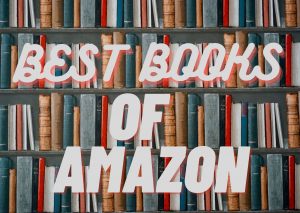 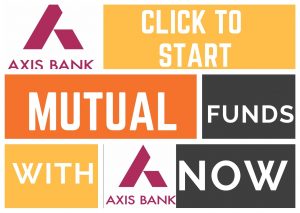